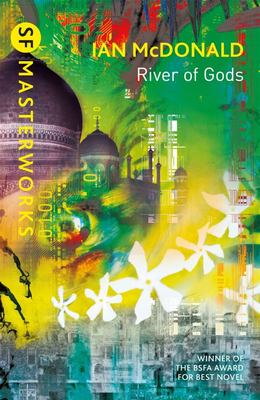 On the eve of Mother India's 100th birthday, 10 people are doing 10 very different things. In the next few weeks, all these people will be swept together to decide the fate of the nation. From gangsters to government advisors, from superstitious street-boys to scientists to computer-generated soap stars, River of Gods shows a civilization in flux--a river of gods.

River of Gods is an epic science fiction novel, as sprawling, vibrant and colourful as the sub-continent it describes. This is a novel that blew apart the narrow Anglo- and US-centric concerns of the genre, and ushered in a new global consciousness for science fiction as a whole.